We produce and campaign for literary and motion picture projects from our team of artist.

Our flagship brand is a derivative of our creator’s birth name and the name he uses professionally in the publishing industry. In 2021, Imes will publish his first YA title in ten years and will be the first book outside of his award-winning and critically acclaimed “Hold On Be Strong Series”

Originally published under the name Isaiah David Paul, these faith-fiction and mainstream interwoven stories follow the Street Disciples Ministry. These gritty-faith fiction titles incorporate the edge and cautionary tales of street-lit while keeping Christ and the ministry of the Lord at the center. Imes, along with his former spouse, were selected to be one of the last authors published under the Urban Christian imprint at Urban Books/RandomHouse and his book, Try a Little Tenderness was released in 2015.

It is through the critically acclaimed title, KING that our company received a lot of ghostwriting and editorial services work. His Hope Passion Love soap opera will be released in both novel and script formats in September.

One of our most popular brands, Cedric Quincy has the distinction of being one of the few African American male creators of male/male/female titles. These award-winning pieces have caught the attention of independent and mainstream creators who solicit work in connection to the brand. Our Cedric Quincy brand has an audience with diverse pallet, which allows us to explore new worlds and genres and showcase our vast creativity.

As Victor L. Martin’s business manager while he served a sentence with North Carolina’s department of corrections, Imes also fulfilled the task of typing and editing several of his projects. Duties included creating the original website, facilitating the production of his work with various publishers and marketing his brand. 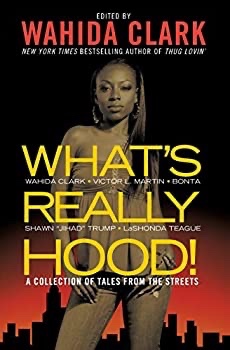 Other Works – All Genres

It is publicly known that Imes co-authored and contributed to the following books: